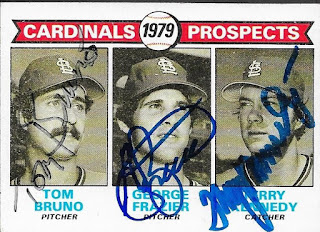 I have to report one TTM success to lead into the one I got today.  I received the above card signed by Terry Kennedy on April 4, then sent it out to Tom Bruno in order to try to get his signature, and got his signature back on May 5.  Since I mailed it off on April 21, I got the card back in 14 days. 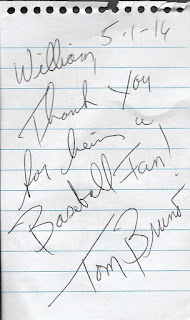 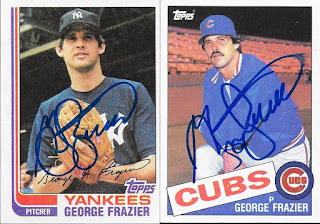 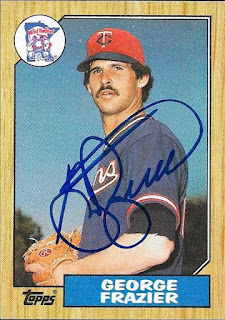 Frazier sent back one of my cards unsigned, a 1983 Topps, but I am really happy with the results of the TTM success.