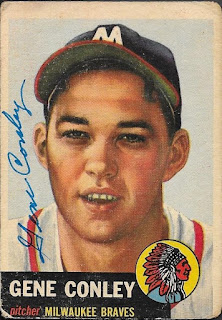 I got a few more 1950s-era cards signed TTM recently when I received these from Gene Conley.  This beat up 1953 Topps turned out really nice.  He charges a fee of $5 per card, which was ok. 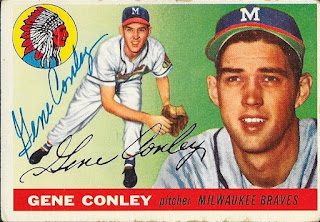 This 1955 Topps card also looks really nice.  I am surprised at how many of these 1950s cards I was able to get done after my April visit to the Columbia antique shop.