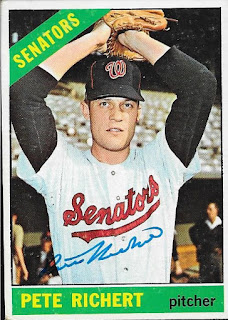 I got a few vintage cards signed TTM recently with this success from Pete Richert.  A former Oriole, I also was able to get him on a card showing him as a Washington Senator.  This 1966 Topps came out of my vintage box (I think) and turned out really nice. 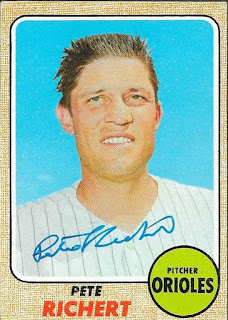 Here is the 1968 Topps that I was able to get signed.  The ones I have gotten from this set have turned out pretty good, except for the Ken Holtzman that I got.  This Richert auto looks like it could have been printed on the card.  It blends in flawlessly with the sky as the backdrop. 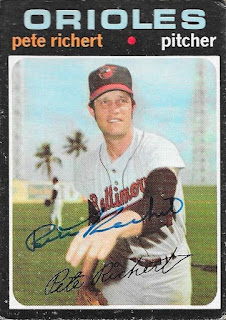 Finally, here is one of the two 1971 Topps that I was able to get signed by Richert.  So, I have a couple new Orioles cards for the project, so that is nice.