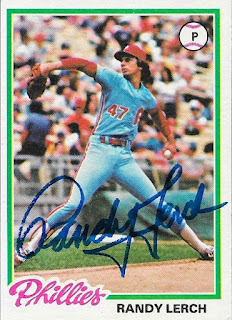 I have been racking up on the 70s and 80s TTM guys lately.  This next one came from former pitcher, Randy Lerch.  He signed 6 cards for me, like this 1978 Topps.  This is a really underrated set, highlighted by the Eddie Murray RC.  Lerch's signature looks really good on this card.  I'm not a fan of the powder blue Phillies uniforms, but oh well. 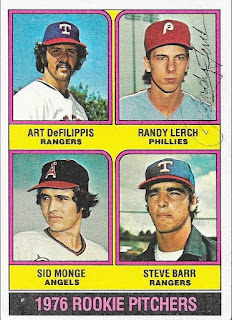 This 1976 Topps rookie card of Lerch turned out nicely.  I don't think I am going to try to go after the other three guys, even if they sign.  That would take a lot of work, and a lot of patience. 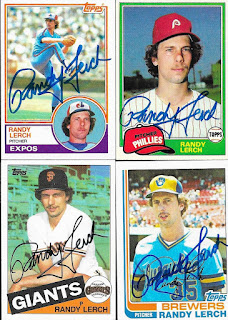 Finally, here are some 1980s cards that I got signed.  They all turned out great.  I like that he switched pens and used the black Sharpie on the 1985.  It matched the colors on the card better than blue would have.