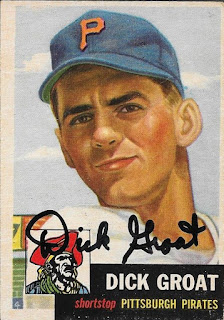 One of the most prolific TTM signers around is Dick Groat.  I wanted to make sure I got him on a few cards when I started this card TTM project, but waited a bit because my good friend, Max, had a card for me to try to send along with the vintage that I had picked up.  This 1953 Topps came from my trip to the Columbia antique shop. 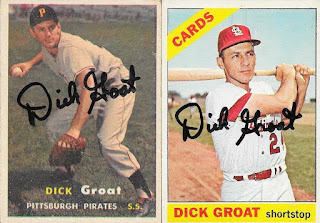 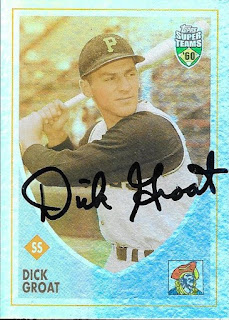 Finally, here is the card that Max sent me, the 2002 Topps Super Teams.  As you may recall, I got Bob Friend on one of these, so now I have Friend and Groat on them, and they both look great.