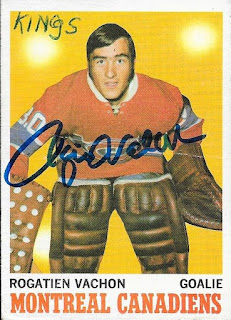 I believe this is the last of the vintage hockey card TTMs that I sent out back in August.  I was able to get Rogie Vachon on two cards that Max gave me back at the National. 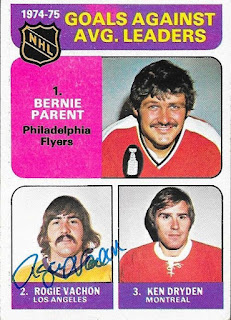 I haven't tried to look up the other two guys on this card, but I might when I get some time.

I mailed to Vachon on August 22 and got the cards back on November 8, for a 78-day TAT.
Posted by William Regenthal at 10:39 AM