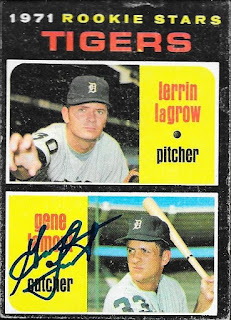 I waited a while for these to come back, but I was glad to get a TTM success from Gene Lamont.  I have been able to get Lerrin LaGrow in the past, so I will probably send this 1971 Topps out to him. 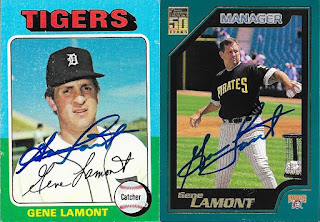 Awesome!
Got to meet Lamont when I lived in Jacksonville.
He was on a local radio show at the time.
Good guy.