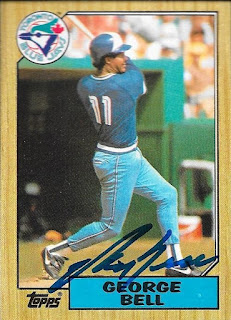 I added another tough name to my 1987 Topps set when I sent to a private signing for George Bell.  I had three cards in the set that I needed to get signed by him, and was able to get them done. 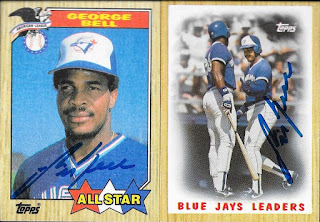 Now, I need Willie Upshaw to sign the Blue Jays leaders card and I will be good to go!