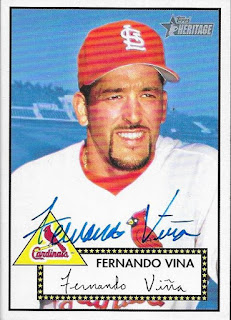 I added some cool cards from the early 2000s with this TTM success from Fernando Vina.  I had sent to him before, but those cards never came back.  I saw that he was signing, so I tried again, and these were the ones that he returned signed (he kept a 2002 Topps Chrome that I had sent). 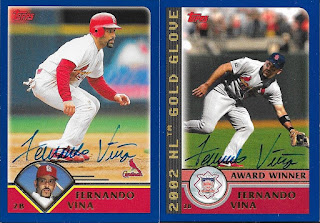 It was nice to get two 2003 Topps back from the partial set that I raided; they both turned out really well.