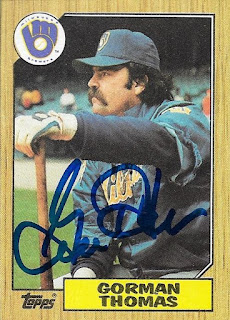 Another private signing came along with someone that I needed for my 1987 set.  I had sent TTM to Gorman Thomas a while back, but the cards never came in, so I went ahead with the private signing.  The card turned out well, and I can cross Thomas off of my list.