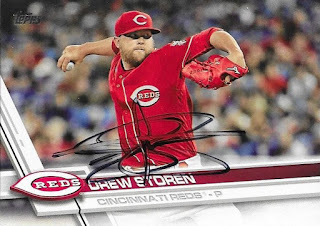 Here are some fairly recent cards that I was able to get signed TTM.  Unfortunately, Drew Storen found a super dry Sharpie, but the cards are still signed. 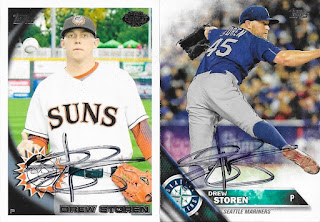 I mailed to Storen on October 21 and got the cards back on November 12, for a 22-day TAT.
Posted by William Regenthal at 8:11 PM