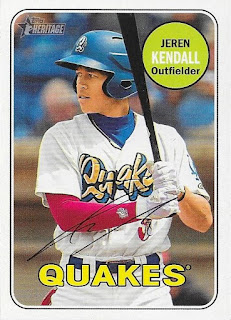 I had sent a bunch of cards out for 50/50s this past season, but there were several guys I had pulled that folks just weren't able to get to sign for me.  So, I went through the cards and tried to see if I could send a few of the cards out for TTMs, as opposed to putting the cards back in my box.  I was able to get a couple of them back, Jeren Kendall being one of them. 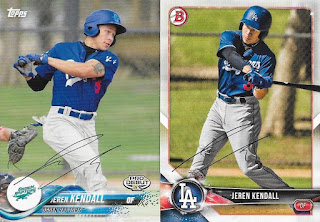 Kendall's signature isn't much, but the cards are signed.  They'll still go in my album, and not have to go back in my box.

I mailed to Kendall on September 26 and got the cards back on November 12, for a 47-day TAT.
Posted by William Regenthal at 5:22 PM

Nice. Did you mail to Kendall at home? I have a certified auto of him, but would love to get him to sign a couple of minors cards.