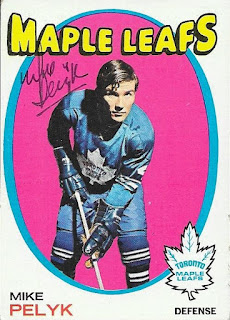 Some more of the vintage hockey cards that Max got me came back signed.  These were from defenseman Mike Pelyk.  The cards look really cool!  The above card is a 1971-1972 Topps. 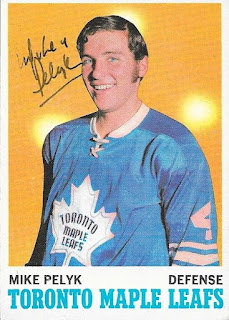 The Blazers and Stingers were part of the now-defunct World Hockey Association, a league that competed directly with the NHL from 1972 to 1979.

I mailed to Pelyk on August 22 and got the cards back on September 17, for a 26-day TAT.
Posted by William Regenthal at 5:12 PM