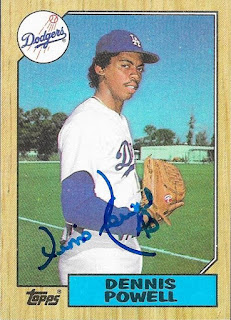 I crossed another player off of my 1987 Topps list when I received this TTM success from Dennis Powell.

Powell has a nice signature, and it showed up well on the two cards that I sent. 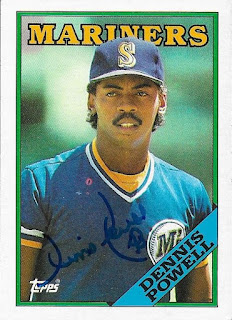 I mailed to Powell on September 13 and got the cards back signed on October 3, for a 20-day TAT.
Posted by William Regenthal at 8:23 PM