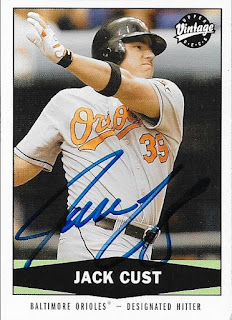 It took a long time, but I was able to add a couple signed cards of former Oriole, Jack Cust, to my collection.  I didn't have many cards of Cust as an Oriole, but I did have two 2004 Upper Deck Vintage, so I sent both of them. 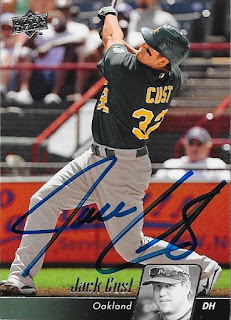 I also had this 2009 Upper Deck that he signed.  His Sharpie looks like it is starting to dry up, but I'm happy to have the signed cards nonetheless.