Another TTM Success From Don August 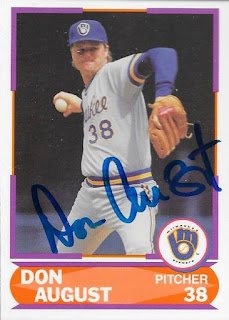 I found a few more cards of Don August over time as I looked for other guys to send TTM to, and finally, I sent another request to him.  Normally, I try to not send additional requests to folks, but I have done it from time to time.  I did like the above 1989 Score Rookies and Stars that I found in a box from Goodwill, and I wanted to get it signed. 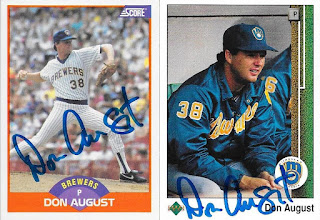 I also found the above 1989 Score Traded card in a Goodwil box.  The above 1989 Upper Deck was left over from a repack box.

I mailed to August on September 23 and got the cards back on September 30, for a 7-day TAT.
Posted by William Regenthal at 6:03 PM