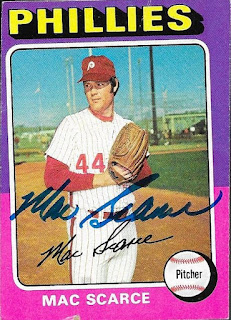 I got some nice 70s cards in from this TTM success from Mac Scarce.  The above 1975 Topps turned out well, even though the card itself is pretty mis-cut.  Still, it is a cool set and I never have enough of the cards to send out.  I need to get a box lot of some 70s stuff and sort them sometime. 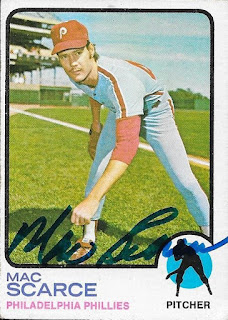 I do have a ton of 1973 Topps, and am not at a shortage of those to send out to former players.  They tend to turn out well, with the white borders and all.

I mailed to Scarce on September 20 and got the cards back on September 27, for a 7-day TAT.
Posted by William Regenthal at 6:09 PM