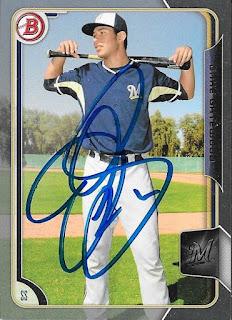 I had a few cards left over from the Mudcats last season, so I put out a message on my Instagram to see if anyone could take some of those guys this season.  A guy named Johann was able to take the cards and 50/50 for me.

I had been stuck with some Jake Gatewood cards that I found right before he was moved up from the Mudcats.  I wasn't able to get them signed, so I was glad that Johann agreed to take them. 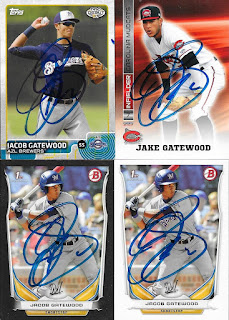 I also think he missed some time with the Mudcats, as well.  I know I would have tried to get the 2015 Pro Debut (top left) signed pretty early on, so maybe that contributed to my large stash of his cards. 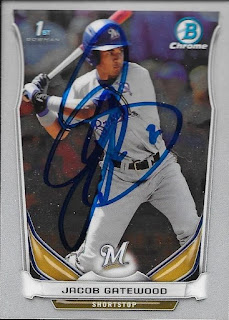 I appreciated Johann getting them all done for me.  All of the cards turned out great. 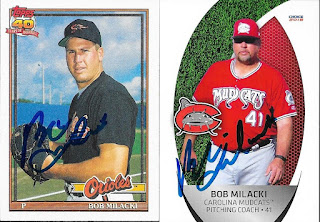 He had messaged me telling me that he had accidentally damaged a couple Bob Milacki cards when he spilled some water, so Johann, on his own, went on Ebay and replaced a couple for me.  He didn't have to do that, but it was really appreciated. 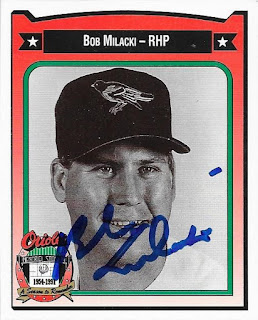 Finally, one of the cards I had sent was my 1991 Orioles Crown Bob Milacki.  I had picked up the set after last season, then Milacki was moved up to coach at Biloxi, so I missed out on him on this card.  I'm really glad Johann was able to hook me up, and I know we will do more 50/50s next season.
Posted by William Regenthal at 11:40 AM