A Couple Autos From Keegan 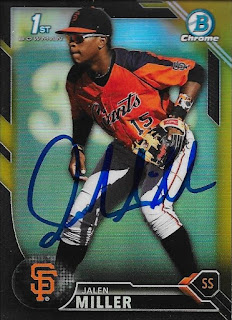 I sent some Richmond cards to my friend, Keegan, in hopes of getting some 50/50s done, but it was pretty close to the end of the season, so all he was able to get done for me was this Jalen Miller 2016 Bowman Chrome black and gold refractor.  I had sent him a Jonah Arenado card just like this one, but he got released by the Giants right before Keegan was set to do the graphing. 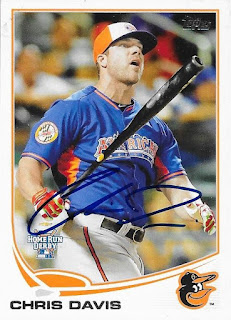 I took a couple guys for Keegan, and in return he sent me this 2013 Topps Update Chris Davis in return.  I didn't have this one signed by Davis yet, so that was nice.

Hopefully, Keegan will be able to take some more 50/50s next season, as some good players should be moving up to Richmond.
Posted by William Regenthal at 12:09 PM