Some More Signed Cards From Jackson 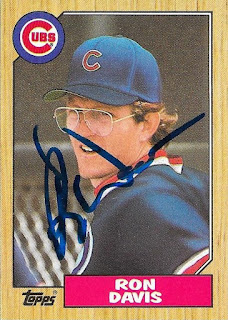 My friend, Jackson, sent me another envelope the other day with a couple more autos.  He had gotten hold of my 1987 Topps needs list and found two guys that he had who I needed.

I really wanted to cross Ron Davis off of my list, and I had the opportunity a couple years ago at the National, but I had brought cards for the wrong Ron Davis.  I ended up picking an extra up from someone in line, but it wasn't an 87.  Jackson came through, though, and now he is off of the list. 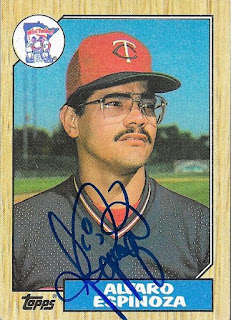 I also needed Alvaro Espinoza, and was set to send to him TTM, but he signed through PastPros for a fee, so this evened out.