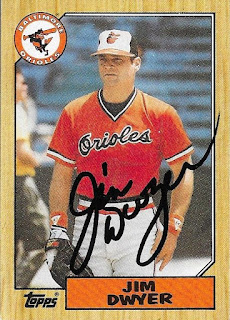 I had sent to him earlier this year and got nothing back, so I tried Jim Dwyer again.  This time, I got a 1987 Topps signed; the cash in included must have helped.