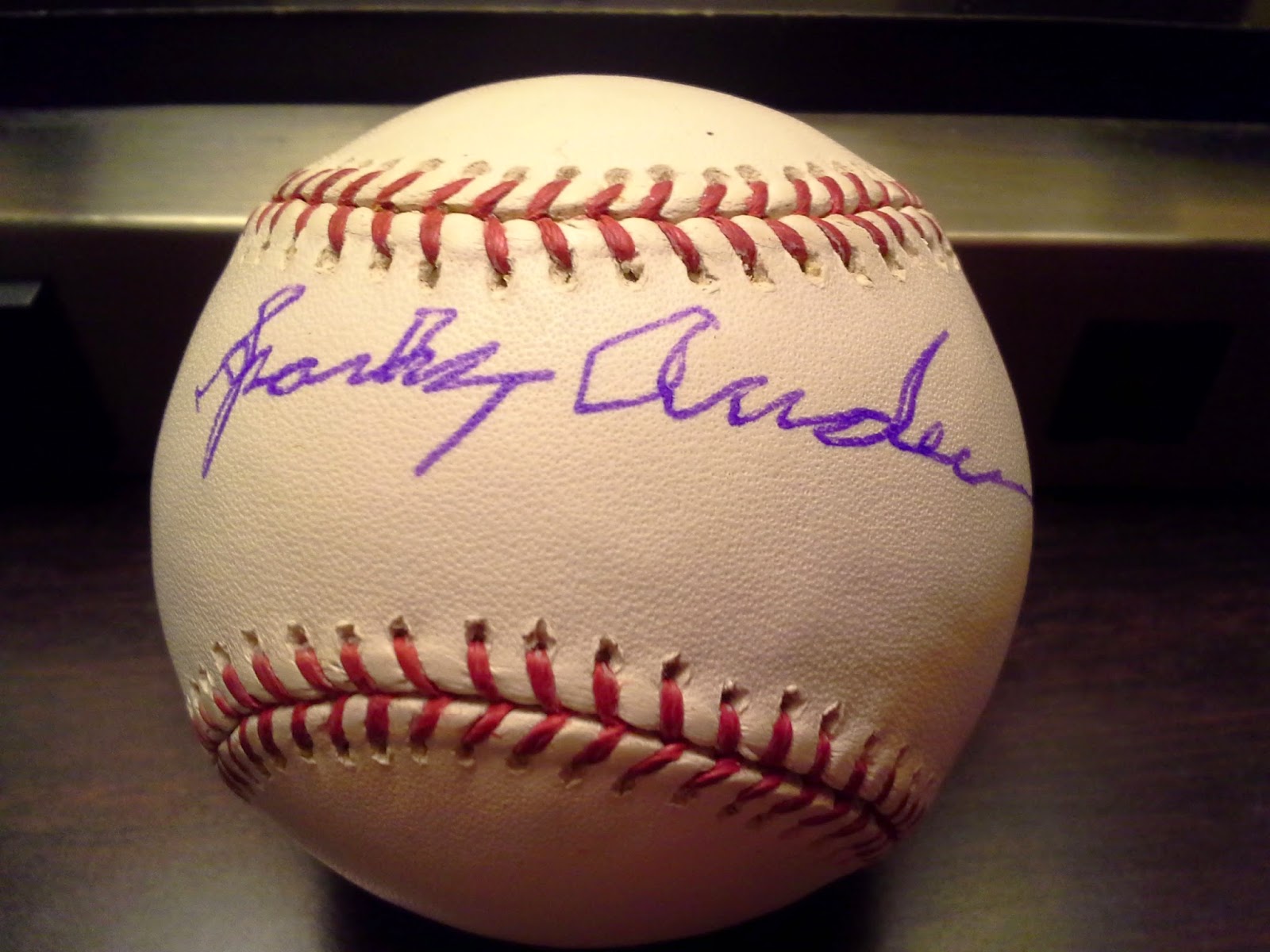 Greetings from frigid Baltimore, as I sit in my hotel room recovering from a day of standing in line on hard concrete, waiting for autographs.  Yes, I was at Fan Fest, today, but I will hold off posting about that til I get home tomorrow, because my hotel room is way too small for me to be spreading out all of the stuff I got.

I did get, however, another ball for my HOF signed baseball collection.  My mom and I were killing time before one of our signings, and decided to check out a vendor who had a bunch of signed baseballs.  I picked up this Sparky Anderson for only $65.00, which I thought was a great price.  He was the only Hall of Famer that I needed that he had for sale.

Anderson was elected to the Hall of Fame in 2000 by the Veterans Committee.
Posted by William Regenthal at 8:32 PM