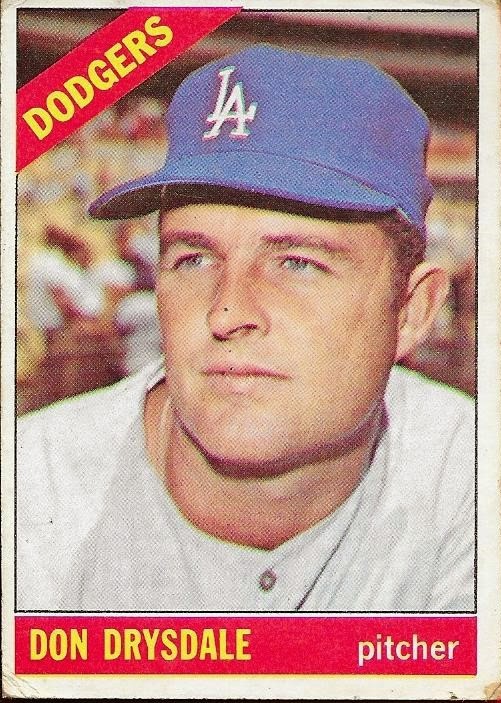 I got mail from my good friend, Joey, the other day when he sent me some money in exchange for a David Ortiz RC that I picked up for him.  He surprised me with this Don Drysdale 1966 Topps, which I wasn't expecting.

Drysdale retired young, at age 32 after the 1969 season and waited until his 10th ballot to be enshrined into the Hall of Fame (1984).  He would also pass away at a young age, when he had a heart attack at the age of 56 in Montreal.

I completed another deal with Joey today, one we had been working on for close to 6 months, it seems.  I've been patiently holding onto some things he was interested in while he gathered up the money.  Joey is one of the best kids on Instagram that I have dealt with, so he has earned a lot of leeway with me, as far as timing and deals go.  He has been a loyal follower and trade partner since my beginning on there, and I am happy that we could come to an agreement on yet another deal.

Thanks so much, Joey!  Your package will go out tomorrow.
Posted by William Regenthal at 9:14 PM