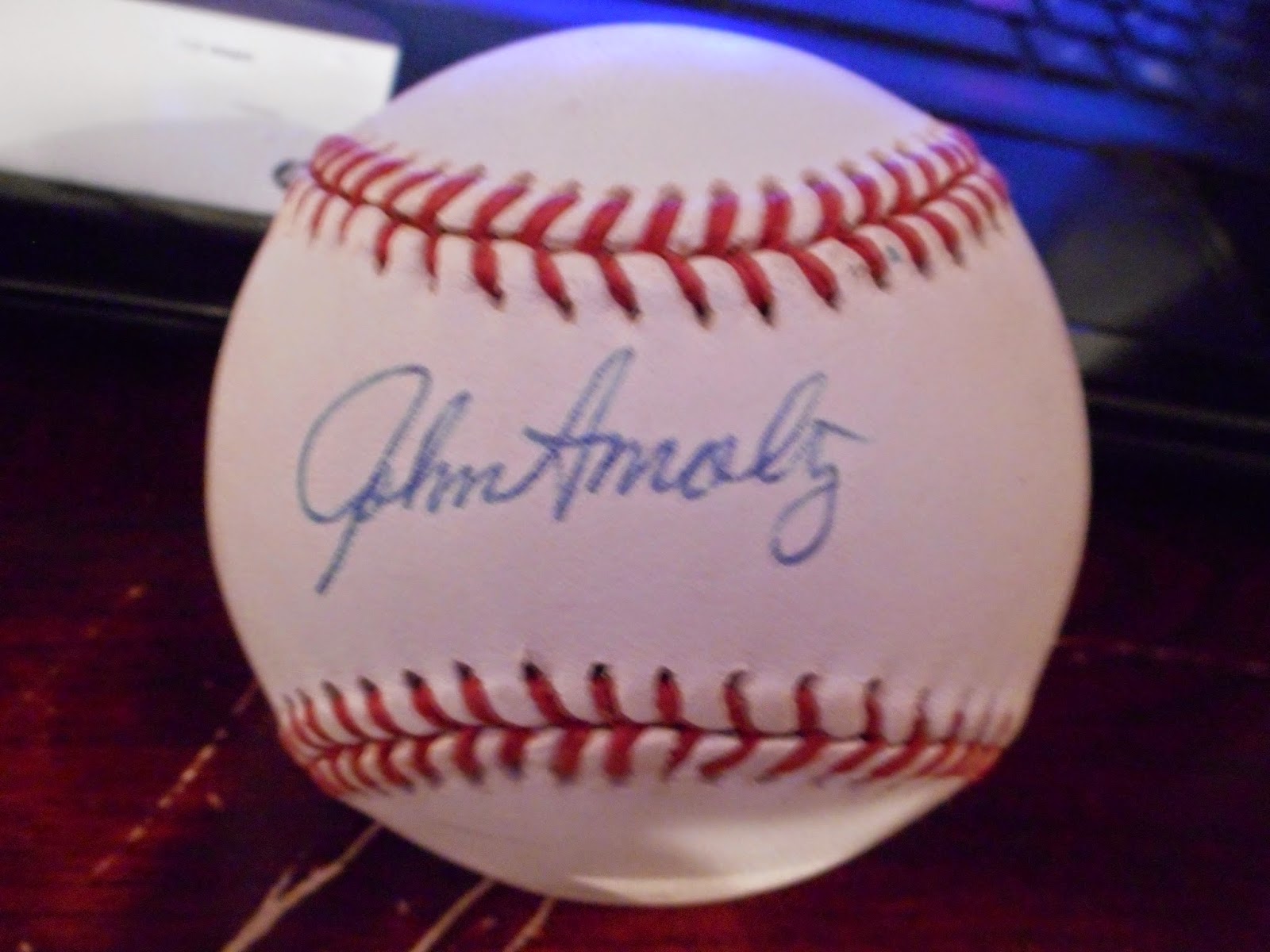 With today's announcement of the 2015 Hall of Fame inductees, I now can add my John Smoltz ball to my Hall of Fame signed baseball collection as ball #108.

Smoltz got in with 82.9% of the vote on his first ballot.

Three other former players are going to be joining him on July 26 (happy birthday, Drew!) as Randy Johnson (97.3%), Pedro Martinez (91.1%) and Craig Biggio (82.7%) were elected with more than the 75% vote requirement.  Johnson and Martinez were also first-timers on the ballot.

Mike Piazza missed election by only 5.1%, so it stands to reason that he would make the jump next year and go in with, at the very least, Ken Griffey, Jr.

Jeff Bagwell also fared decently with 55.7%, a jump of 1.4%.  I was monitoring his progress closely, since I have a signed baseball of his, also.

So, welcome to the Hall!  I now have 108 Hall of Fame signed baseballs!
Posted by William Regenthal at 5:35 PM