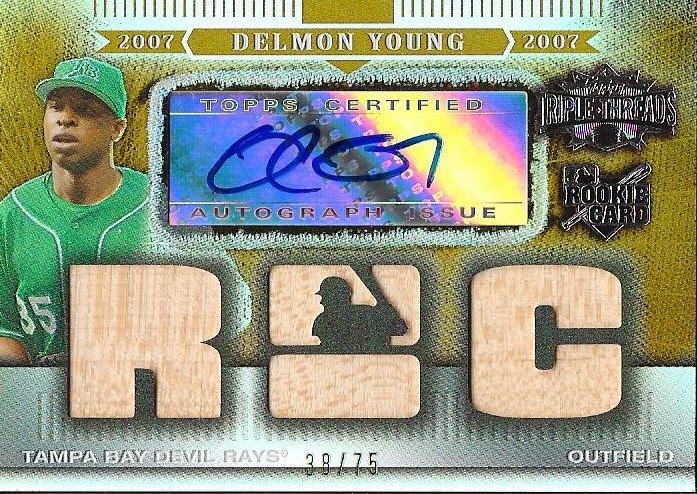 My "to be blogged" pile is pretty huge at the moment.  So much so, it is mid-January, and I still haven't shown off all of my Christmas gifts yet.  I'm getting there, but I don't want to dump them all into one post; I want to try to give each person/package their own post and truly do the gifts justice. It is never the quantity or "value" of the gifts you receive that is important, but the thought itself that should hold meaning.

That being said, the best part of this gift might not have been the awesome cards that I scanned, but the letter that was included along with them.  You see, my good friend, James, and I have been trading for a year now.  He was the second person I made a successful deal with on Instagram, and we have been good friends ever since.  Of all of the people on Instagram that I consider friends, James writes me the best notes and includes them in each package.  Sometimes, the notes are my favorite part of the deal.

Anyway, along with another great letter, James also included some really cool cards that I wasn't expecting.  The above Delmon Young card is a fine example.  Young forever endeared himself to O's fans on October 3 when he hit the three-run double to put the O's ahead of the Tigers in ALDS Game 2.  The fact that I was there makes it all that much more special.  So, James giving me this card and adding the facts about Young, I will slab this card in a mag and will never let it go from my collection. 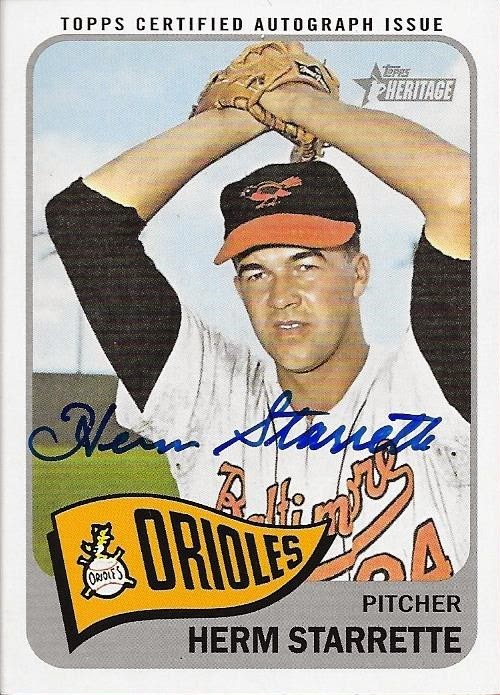 Another card James sent was this on-card auto of Herm Starrette from 2014 Heritage.  It was really funny that he sent me this card, because I think it was offered to me by three different guys in trades, and I never took the bait.  I wanted the card, I just never felt like I had enough to offer for it.  Thankfully, my patience (and James's generosity) paid off, and I now own the card.

Thanks so much for the Christmas package, James.  I was really happy to open it, and I'm sorry it took me so long to post it.  I hope the post has done the gift justice, because I appreciate everything you do!
Posted by William Regenthal at 5:46 PM