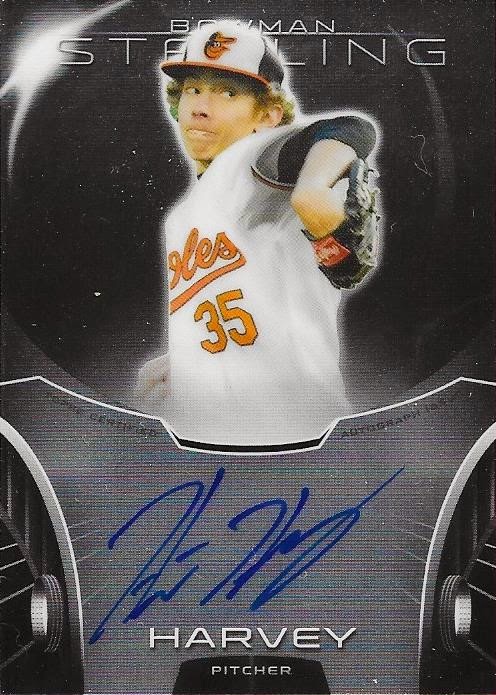 I got a sweet Christmas package from my friend, Noah.  He really hooked me up in the package, and I wanted to show some of it here.

Noah gave me the above Hunter Harvey auto from Bowman Sterling as part of a deal, and included it with the Christmas package.  The Christmas stuff was mostly Orioles for my PC, many of them being Cal Ripken cards.  Noah is a really awesome guy, and really came through. 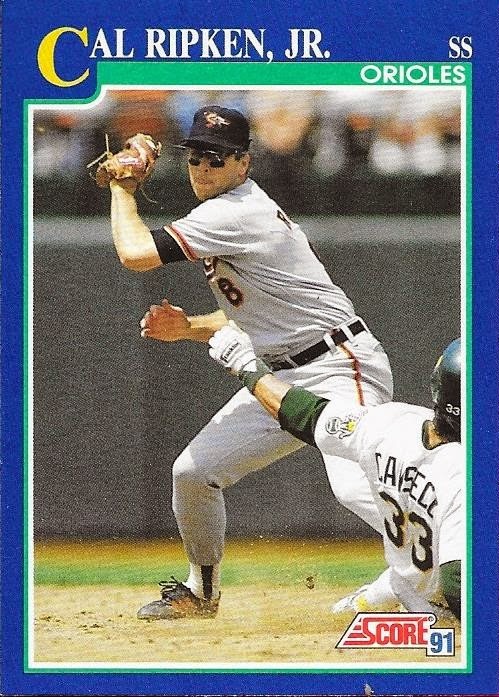 Noah had busted a box of 1991 Score and ended up with quite a few Cals from there and I was the lucky recipient of them.  Thanks so much for the 1991 Score Cal Ripkens, Noah.  I mean, I already had like 20 of them, but 5 more couldn't hurt, right?  Haha.

Really, though, thanks for the Christmas package, Noah!  I really appreciate it!
Posted by William Regenthal at 7:53 PM