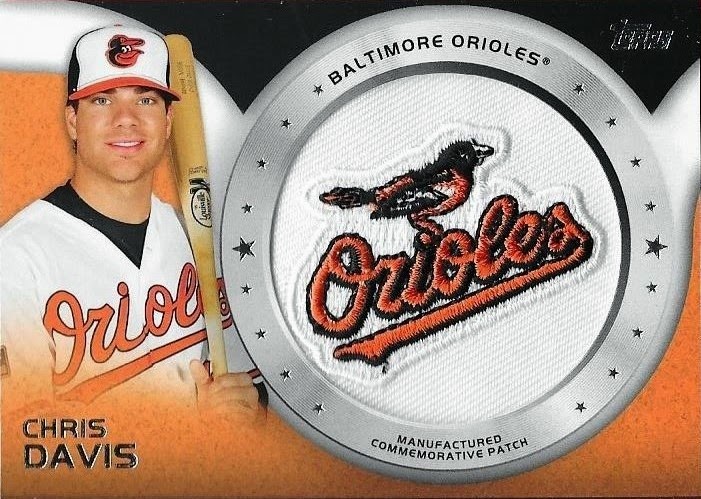 Not too long ago, I posted about completing my 1997 Topps set.  The post is right here.  The final card I needed for that set was sent to me in a Christmas package by my buddy from Instagram named Sam.  I talk to two guys named Sam on Instagram, this one is the Mariners fan.  Sam is one of the first few folks I dealt with on there, and I have been hooking him up with Mariners and Rangers cards for TTMs for a long time, now.

Sam was really generous when he sent me that card to finish my 1997 set, but also included a few other cards that he thought I would like.  The above manufactured patch of Chris Davis is one that I had been looking for to put into my PC for a while since it came out.  I think there are two versions of this patch, the above one and the cartoon bird.  So, I'll still have to pick up a cartoon bird one, which shouldn't be too hard. 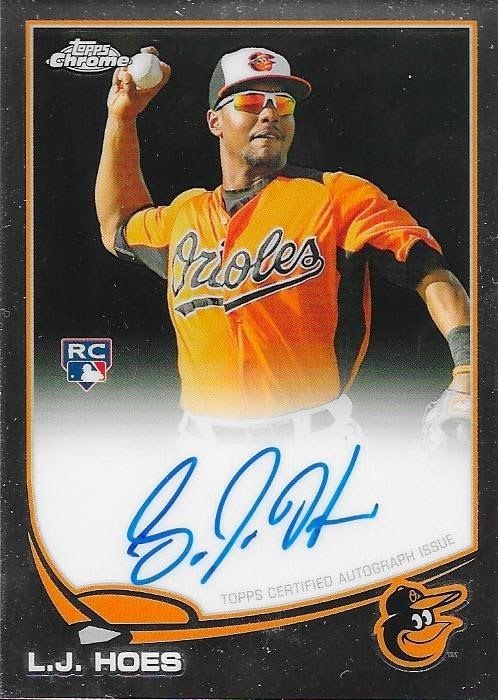 Finally, I got this 2013 Topps Chrome LJ Hoes auto.  I used to have one, but I sold it on COMC.  I'm glad Sam sent me this one, because I feel like the auto is better, and I had seen Hoes play back when he was on the Keys.  I won't be trading this one away, since my buddy was kind enough to give it to me.

Thanks for the Christmas package, Sam!  I really appreciate it!
Posted by William Regenthal at 7:28 PM