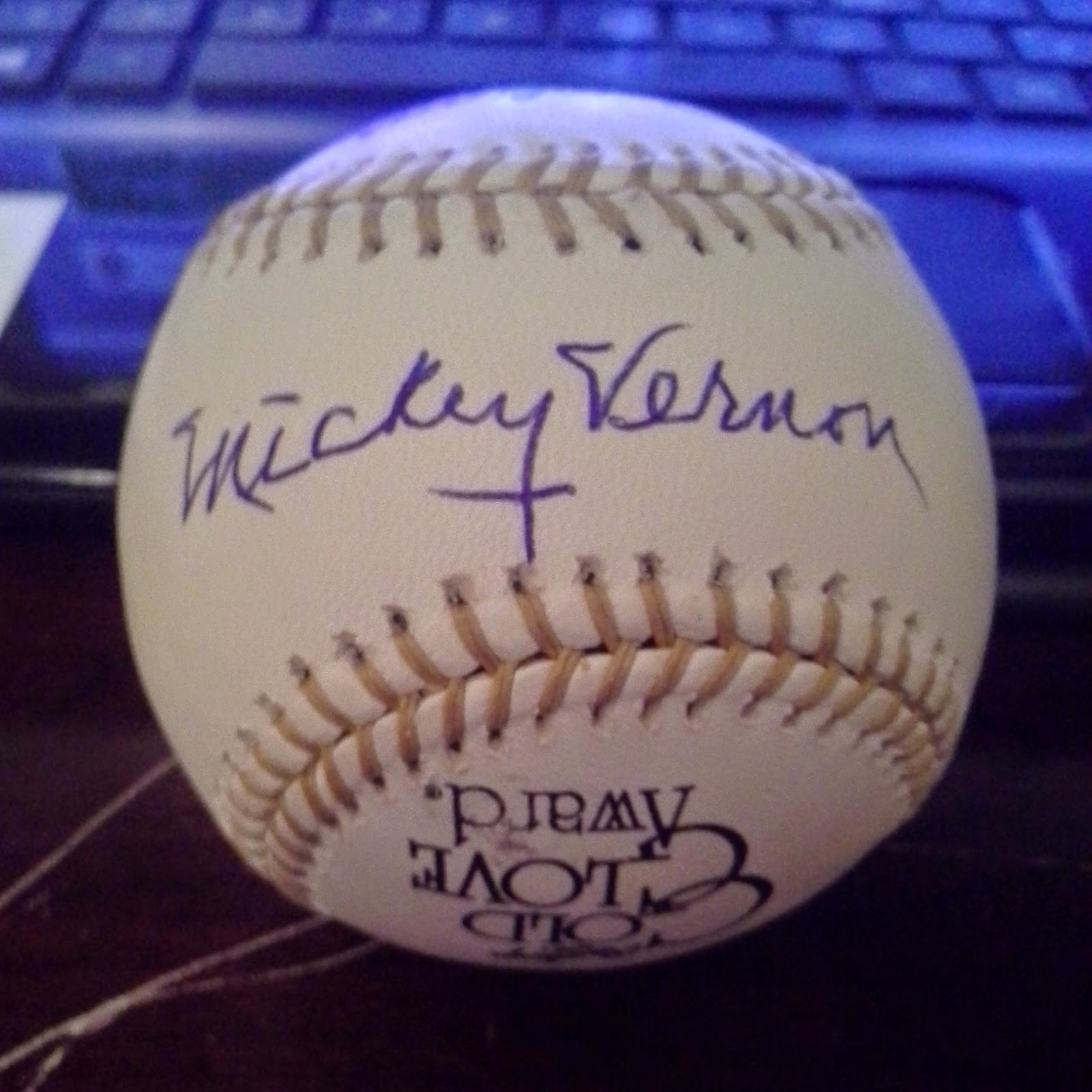 I made a deal recently with my good friend, Michael, when I purchased this baseball off of him a few weeks before my wife's surgery (back when I had money).  The ball is signed by Mickey Vernon and is a Rawlings Gold Glove baseball.

Vernon closed his career with 2,495 hits, 172 home runs and a career average of .286.  One would think that he would have gotten more support for the Hall of Fame, had he not missed two seasons to World War II.  He was on the ballot for 15 years and got no more than 24.9% of the vote (in his final year on the ballot).

Thanks for the deal, Michael.  I was happy to add this ball to my collection, especially since Vernon was a former batting champ.
Posted by William Regenthal at 6:21 PM