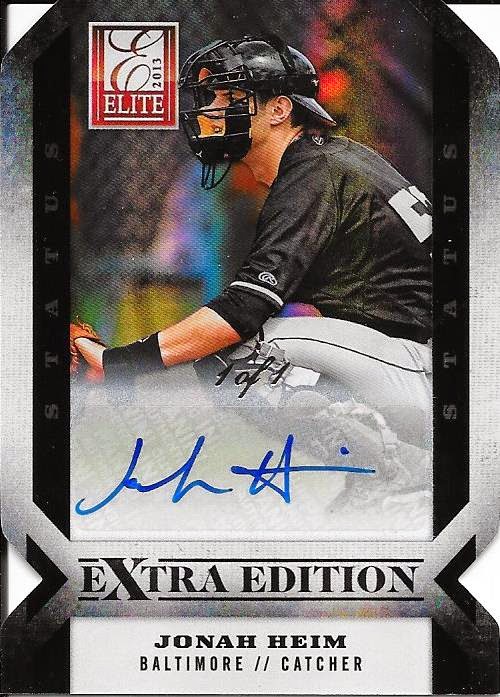 I was contacted via text message recently by my friend, Bruce, whom I hadn't talked to in a while.  He had in his possession the above Jonah Hem 1/1 auto and was wondering if I would be interested.  Since I kind of PC Heim, I was absolutely interested, and we hammered out a deal in a matter of minutes.  We actually hammered out two deals because one of the key cards he wanted was misplaced (which I later found in the exact spot I had put it - long story), but once I got things set, we had a deal.

This Heim auto is definitely an awesome 1/1.  It comes from Panini Elite Extra Edition and is a die cut card with a sticker auto.  It looks really awesome.  I need to pick up a magnetic case for it soon. 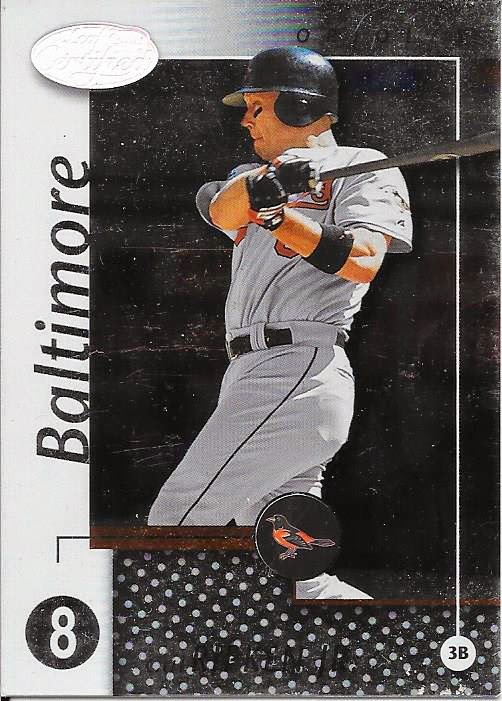 Bruce included a bunch of Orioles cards and had a Cal Ripken that I had never seen before, so this will make a nice addition to my Cal PC.  This is from 2002 Donruss. 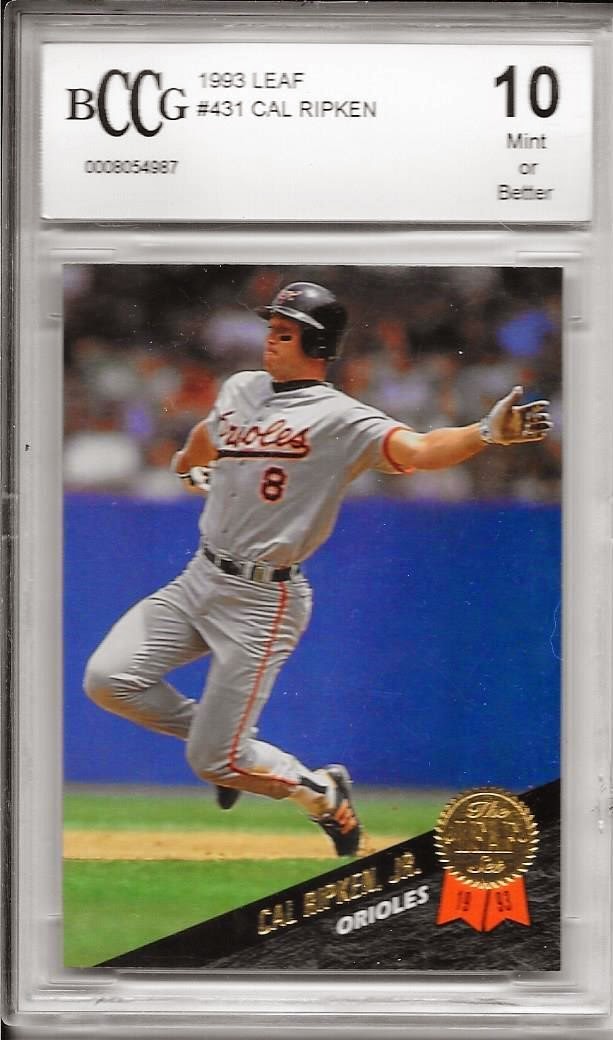 Speaking of Cal PC additions, Bruce included this graded 10 1993 Leaf Cal Ripken card.  Why anyone would grade one of these is beyond me.  I was talking over Skype with my buddy, Max, and his response was "Hey, I bet you that will be a unique piece in your PC...".  He is absolutely right!

Bruce also included a few 2014 Topps Chrome cards that I needed for my set which leaves me needing only 7 to finish it.

Thanks for the deal, Bruce!  I'm glad we were able to agree to a deal after all this time, and I hope there is a lot less time between now and our next deal.
Posted by William Regenthal at 5:54 PM