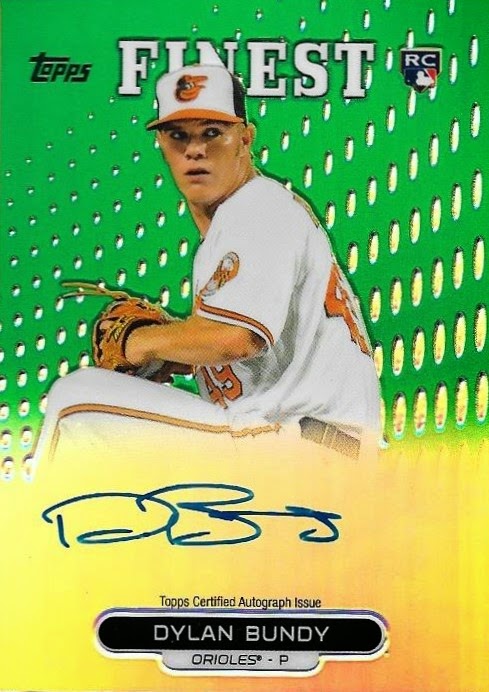 I completed a trade on Instagram, finally, with one of the people I have talked to the most from there, a guy named Jackson.  I traded with his brother, Carson, quite a few times, and even once with their dad, Tim.  Turns out, Carson is on the same baseball team as my friend Matthew's brother, Jason.  Small world.  Anyway, I had a bunch of trade bait listed on my instagram page, and Jackson had been asking to do a trade for a while, so we finally had a match when he offered me this awesome Dylan Bundy auto from 2013 Topps Finest.  This green parallel is numbered 74/125 and the auto is on card.  Really sharp card. 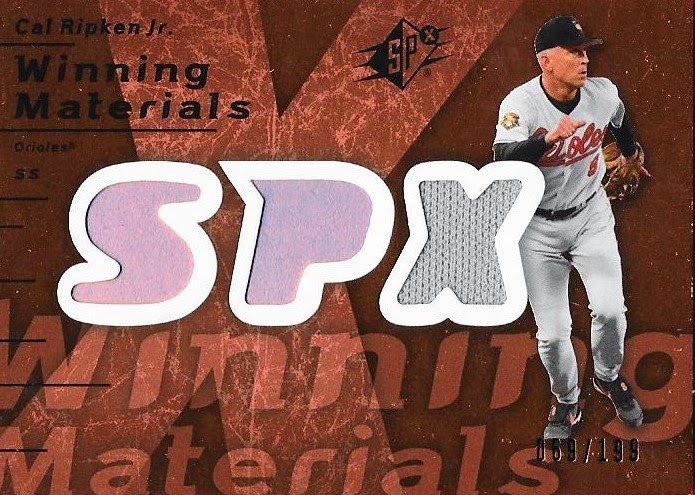 Not only did I land the Bundy, but Jackson also included this 2007 UD SPX Cal Ripken relic numbered 69/199.  I already had a couple of these SPX relic cards, even a 3-piece one, but I was glad he included this. 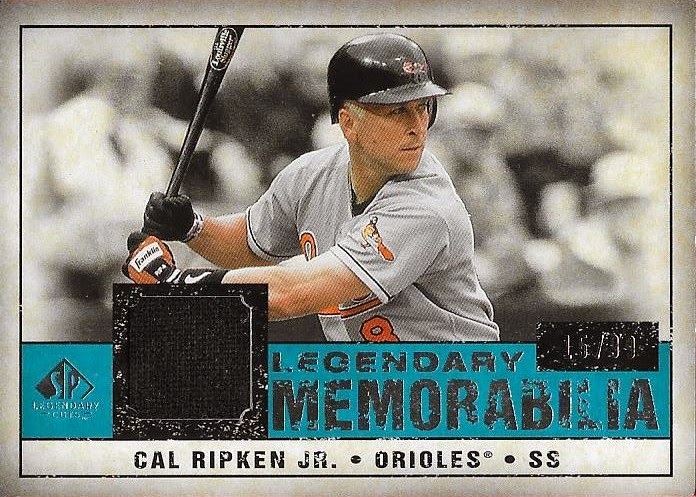 Finally, I got this 2008 SP Legendary Cuts Cal Ripken relic.  This was one of the rare Ripken cards that I didn't have in my collection.  This one is numbered 15/99, so the cards Jackson sent me were all low numbered and well worth the trade.  He won the deal, but it didn't matter to me.  I'm just glad he is happy with what he got.

Some of the kids on Instagram need to take lessons from Jackson and his brother, Carson. They are both awesome people and I am so happy to be trading with them.  Jackson sent my son, Chris, some really nice stuff, and that gesture isn't lost on me.  Thanks so much for the trade, Jackson!
Posted by William Regenthal at 10:13 PM