A Surprise Package From Alex 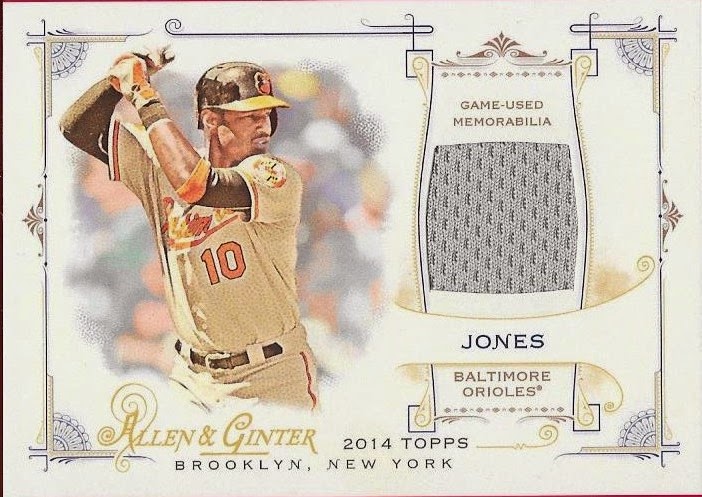 I got a surprise package in the mail recently from my good friend, Alex, over at the blog: Chavez Ravining.  Alex is an awesome guy who I have talked to quite a bit in the last year.  With his being a Dodger fan, I have been able to send him quite a bit of stuff since I no longer have a former friend around who was a Dodger fan.  Alex gets to cash in on that.

Alex sent me a really awesome package that had a ton of Orioles in it.  I really liked the 2014 Allen and Ginter Adam Jones relic.  Ginter has been around a while now and I feel like it has lost its luster, but this card is really sharp and I appreciate Alex including it in the package. 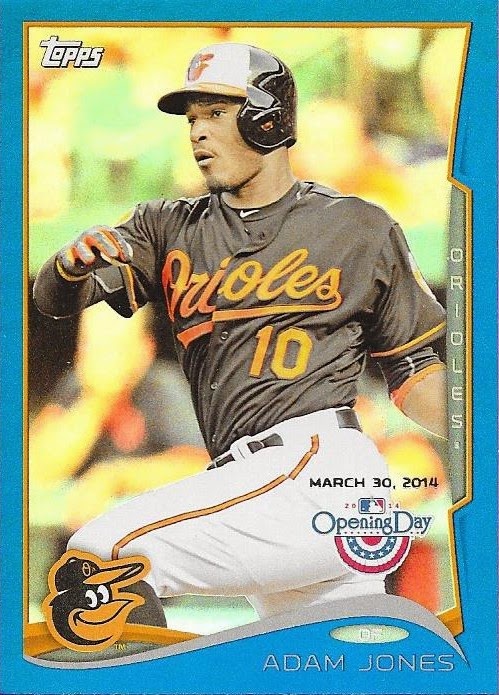 Another cool card was this blue parallel from 2014 Topps Opening Day.  This scanned really nicely and looks so awesome.

Thank you so much for the cards, Alex, I really appreciate it.  You'll see some more Dodgers in no time, for sure.
Posted by William Regenthal at 8:35 PM