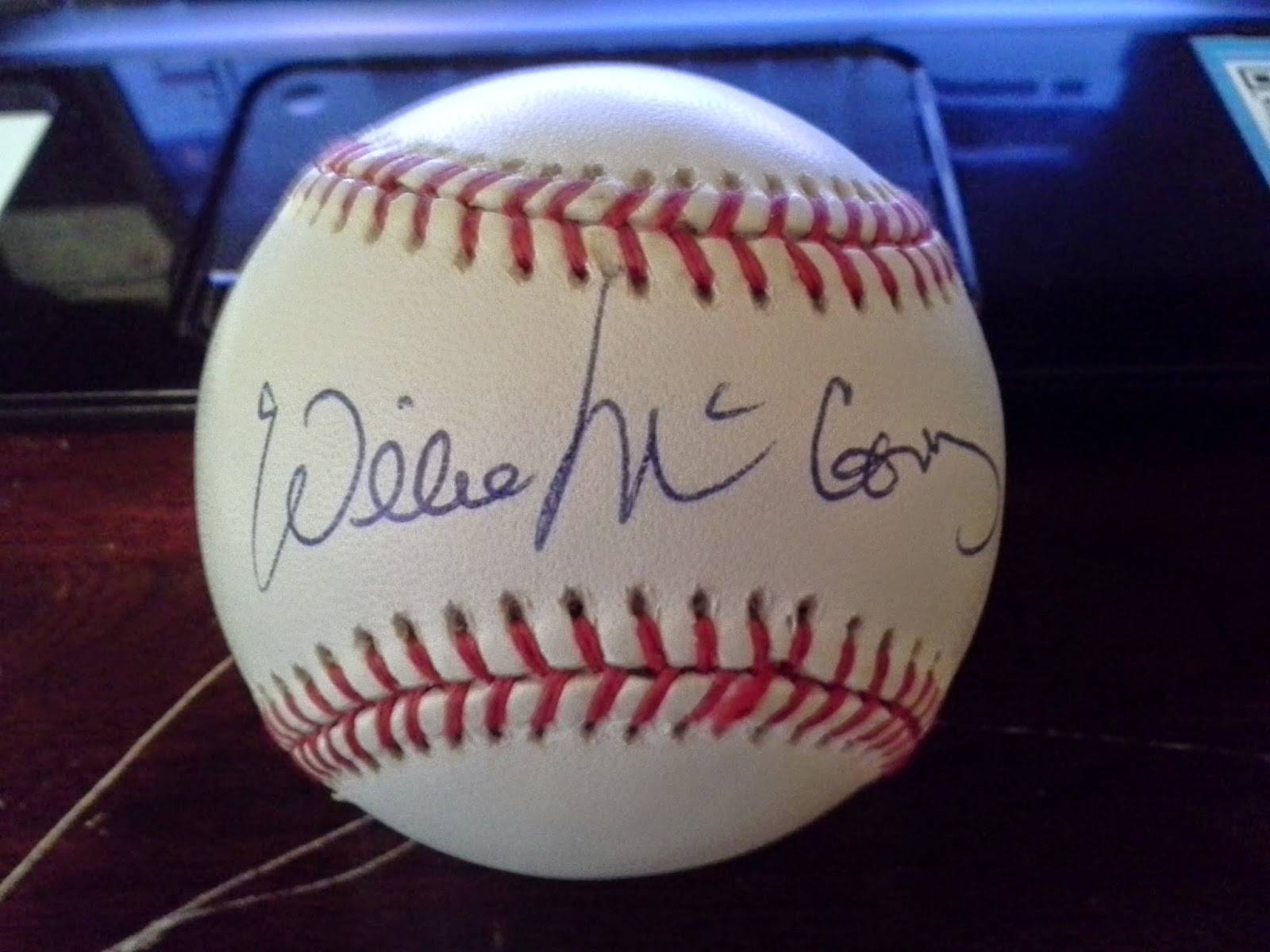 Another auction has ended over at collectauctions.com and I came away winning 2 lots.  One lot was this signed baseball of Willie McCovey, and the other lot was a lot of 2 balls, one of which I needed for my Hall of Famers (the other ball is someone I have already and will sell for $60 shipped - Wade Boggs).

All of the baseballs came with PSA/DNA certifications and each looks really nice, save for a few marks on the Boggs ball (which some rude kid pointed out to me on Instagram, even though it was pretty visible on the pic I showed).

So, the auction was very successful for me and I was able to push my total up by two.

Ball #104 in my collection is the above Willie McCovey signed William White ONL baseball.  Man, it's sharp!