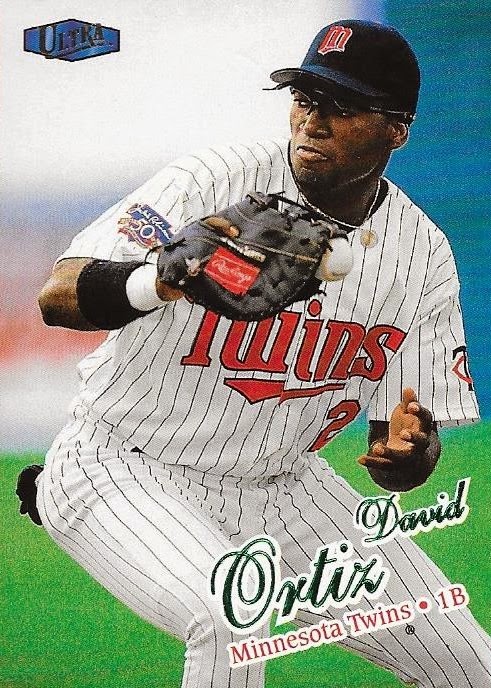 It can be hard, sometimes, keeping track of all of the people I've met and traded with.  This is very true recently with all of the instagram and kik messenger deals that I have made.  One of the people I've met that I really have taken a liking to is Jake.  I've posted about him before, when I got a Jeter Minor League card in exchange for a Bryce Harper RC.  This time around, I sent Jake a couple 2014 Bowman Kris Bryant cards and in return, he sent me this early David Ortiz card, a 1998 Fleer Ultra.  This isn't (obviously) his David Arias RC, but it is still a cool card. 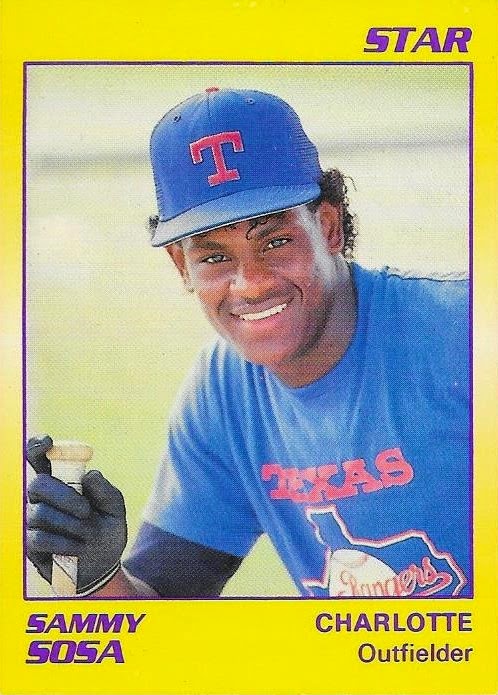 The other card Jake sent was this 1990 Star Minor League card of Sammy Sosa when he played for the Charlotte Rangers.  Look at his hair.  Gotta love the early 90s.

Anyway, Jake is a really awesome guy and I am glad to have completed another trade with him.  I know we will be doing some more, especially because we are in negotiations for one right now!
Posted by William Regenthal at 5:32 PM