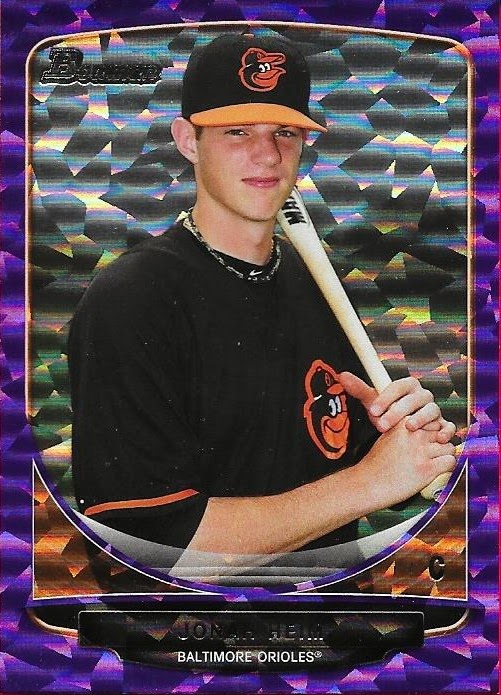 I wanted to show another card that I got off of COMC recently, this 2013 Bowman Purple Ice parallel of Orioles prospect, Jonah Heim.  Heim was the Orioles 4th round pick out of the 2013 draft.  He is currently playing for the Low A Aberdeen Ironbirds.

Over 64 games in the minorsfor the last 2 years, Heim is batting .206 with 1 home run and 11 RBIs.  He's going to be just fine, I think.  He definitely adds to the huge amount of catching depth that the O's have drafted recently.

This card is really awesome.  It is numbered 6/10, and according to the back of the card, Heim tries to wear uniform number 6 whenever he can, in honor of his grandpa.  That is really awesome that I ended up with this one.
Posted by William Regenthal at 10:48 PM