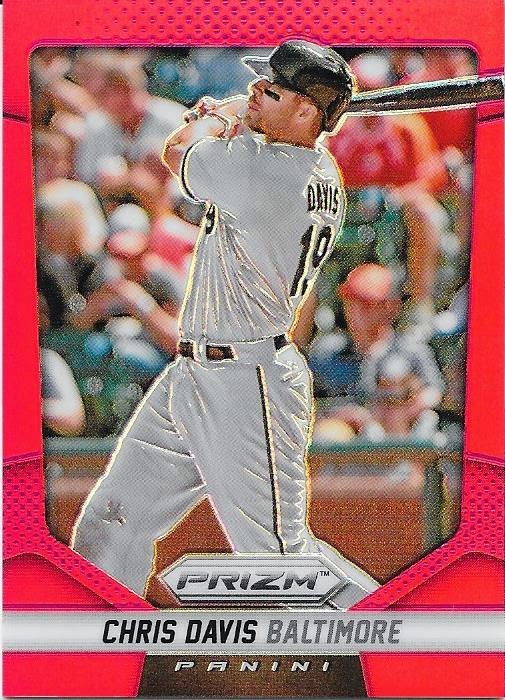 I told you guys I was a fan of the color parallels for chrome cards.  This has also applied to Panini Prizm cards, apparently.  I saw this 2014 Panini Prizm Chris Davis red parallel on a kid named Aaron's instagram and worked out a deal with him in a couple of minutes.  He wanted $12 for the card, but I worked him down to $9.  I think, since it is numbered 24/25, I did ok.  I wanted to spend a little less on it, but really, what's a few bucks?

The card looks awesome.  It scanned great and I think I'm going to look up some more of the parallels once things calm down around here. Thanks for the deal, Aaron!
Posted by William Regenthal at 8:19 PM