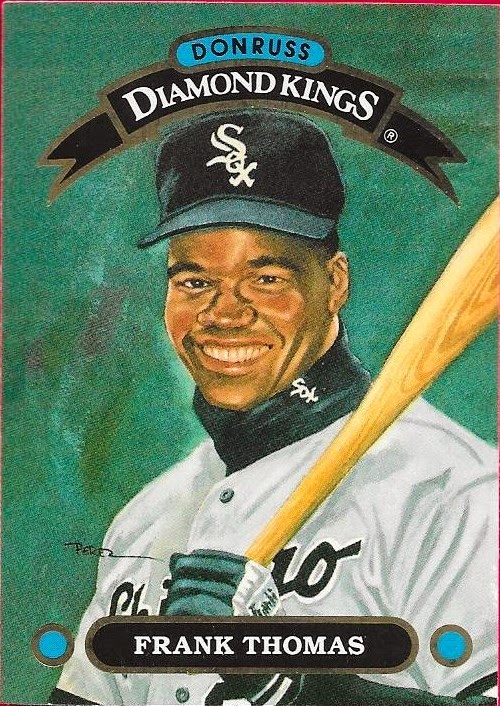 I completed a trade on Instagram with a kid named Ethan a while back that landed me a few Hall of Famer cards in exchange for some stuff that I don't even remember.  I should take better notes.  Anyway, the key to the trade was a few Frank Thomas cards, like the 1992 Donruss Diamond Kings card seen above.  These are still awesome cards and I was glad this was added to my pile. 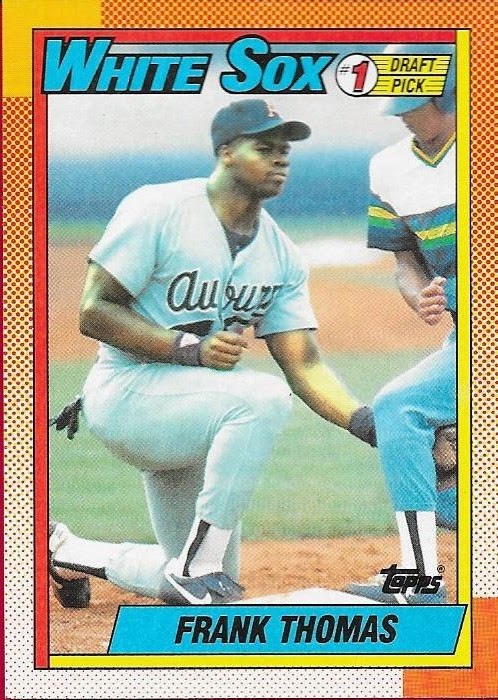 The other big piece was this 1990 Topps Frank Thomas rookie card.  I think I have one around here somewhere, but who knows where I sat it, so I had Ethan throw it in the trade. 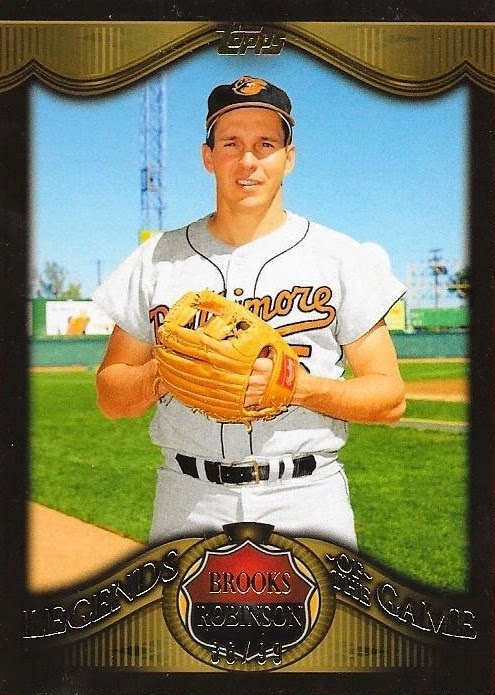 The card that started the trade was this numbered 2009 Topps Legends of the Game Brooks Robinson, which, surprisingly, I didn't have.  I had unnumbered ones, but none of these that were numbered to 99.  Weird, right?

Another weird thing was that Ethan kept saying that the card was damaged.  I see no damage to the card, so I don't know what he was referring to.  Oh well, the trade is complete and I like the cards.  That's all that matters.
Posted by William Regenthal at 5:50 PM