A Sad Day for Baseball 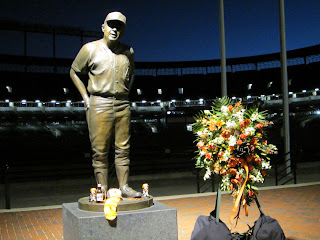 I was at Orioles Fan Fest this morning when my wife sent me a text message "Sorry to hear about Earl Weaver."  My response to her was "Huh?  What are you talking about?"  It was then that I went by the MASN booth at Fan Fest and learned that the Orioles' legendary manager had passed away this morning while on a Carribean cruise.

After that moment, my son and I went to the Fan Forum and watched a tribute video about Earl and listened to Gary Thorne break the news to the capacity crowd at Fan Fest.  It was a really tough moment.  I shed some tears, that's for sure. 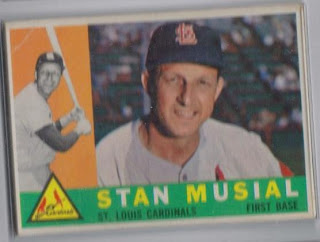 Unfortunately, Earl Weaver's passing wasn't the only bit of terrible news for baseball today.  Baseball lost one of its all-time great players this evening.  Stan Musial passed away with his family by his side at the age of 92.  Oft overshadowed by the likes of Joe Dimaggio and Ted Williams, Musial was one of the greatest hitters ever.  He is also regarded as the greatest Cardinal to ever play, and that distinction was cemented when Albert Pujols left St. Louis for Anaheim last offseason.

So, I am really sad this evening.  Baseball lost some legends.  I, as an Oriole fan, lost the first Oriole Hall of Famer.  Luckily, I was able to watch Earl at Brooks' statue unveiling last summer and I will always have that memory.

My prayers go out to both of their families.
Posted by William Regenthal at 10:31 PM