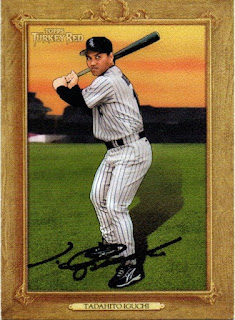 Another TTM success came in from Japan, this time, from Tadahito Iguchi.  I got another 2007 Topps Turkey Red signed, and it turned out great.  I like this set, and the cards always turn out well. 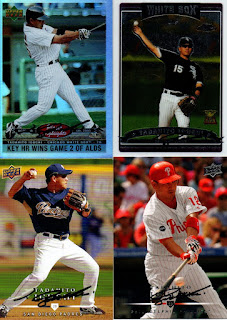 I mailed to Iguchi on March 5 and got the cards back on April 20, for a 46-day TAT.  I had included $5 for return postage, but Iguchi sent my money back.

Posted by William Regenthal at 11:15 PM

Where did you send this? Japan?