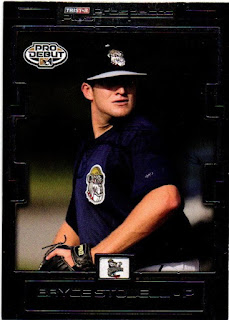 Rest assured, there is an autograph on the above 2008 Tristar Prospects Plus card of Bryce Stowell.  The auto doesn't show very well via my scan, nor does it show very well in person, unless you hold the card at an angle.  It turns out, this is a very dark card.  Still, it IS signed, and will go into my album. 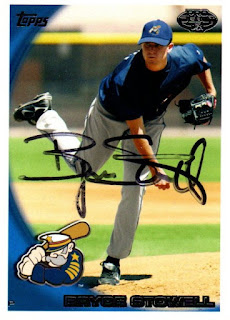 This 2010 Topps Pro Debut shows up a lot better, so I did have a successful TTM request from him.

I mailed to Stowell on January 11 and got the cards back on April 3, for an 82-day TAT.

Posted by William Regenthal at 6:04 PM