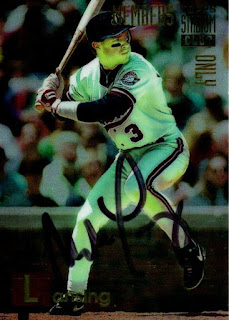 This TTM success from Mike Lansing had some nice cards that I found in some of my boxes, the one above I don't believe I had seen before.  I think it came from the old card shop, and appears to have faded a bit.  Still, it is a cool card; a 1994 Stadium Club Members Only.  It turned out pretty well, even with the faded coloring on the card. 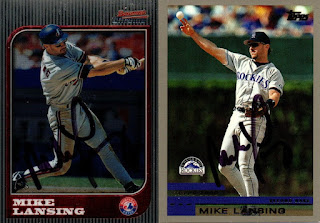 Posted by William Regenthal at 11:38 PM