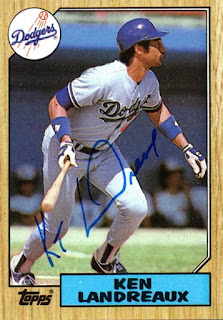 Another player I needed for my 1987 Topps set popped up on the private signing list in Ken Landreaux. I'm nearing 700 signed cards for the set, which is pretty exciting.