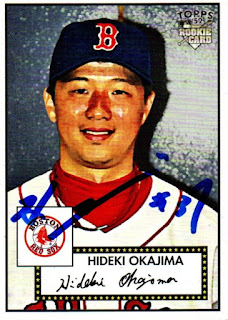 Another TTM success came back from Japan, this one being from former Red Sox pitcher, Hideki Okajima.  I got some nice cards signed, like the above 2007 Topps Rookie 52. 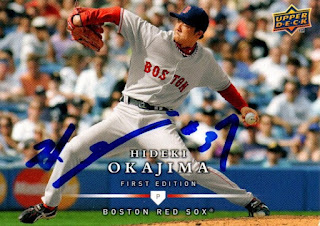 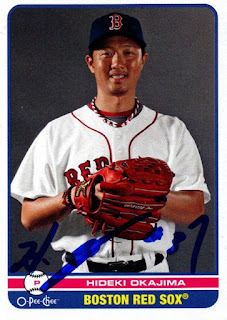