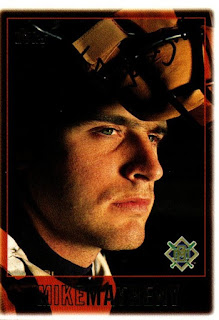 The signature on this 1997 Topps isn't too easy to see, but it is there, and looks good in person.  I made sure to include this card in the TTM request I sent to Mike Matheny via Royals Spring Training this year, because I rarely am able to send them out, and wanted to get this one done because it is a good shot of Matheny. 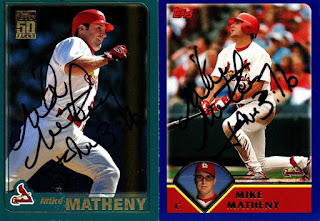 I mailed to Matheny via Royals Spring Training on February 11 and got the cards back on March 27, for a 44-day TAT.

Posted by William Regenthal at 10:55 PM