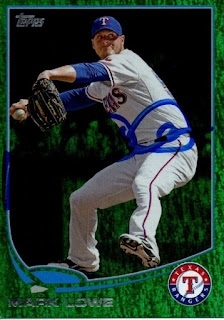 Here are a few nice cards that I got signed TTM from Mark Lowe.  I really liked tis 2013 Topps emerald parallel that he signed.  I always have liked these cards, and have a partial set that I have been working on (since 2013).  I plan to finish it some day.  In the meantime, I have added some of the extra cards to my autograph album. 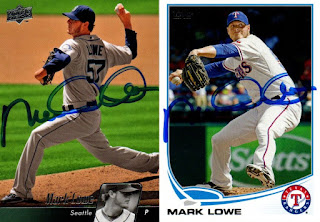