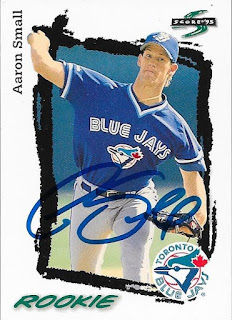 I found that Aaron Small signed TTM just by chance.  I had found the above 1995 Score in a box and figured I would search him.  I saw he signed, then I happened to remember that I had seen his cards in the stack of 2005 Update that I had, so I got some pretty cool cards signed as a result. 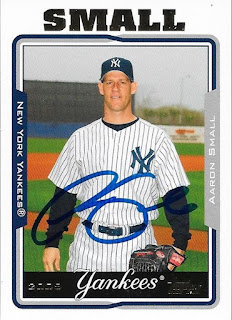 He signed in blue Sharpie, and the cards look great.