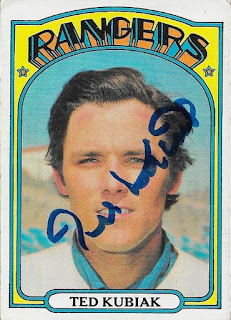 Using some of the cards I got from Conrad when I was in Columbia, I was able to get some nice autographs TTM from Ted Kubiak.  The above 1972 Topps looks really cool, even though he signed across his face. 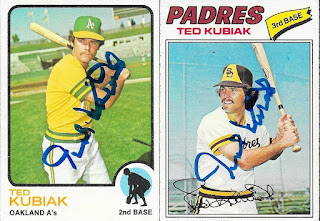 I mailed to Kubiak on October 3 and got the cards back on October 22, for a 19-day TAT.
Posted by William Regenthal at 6:22 PM