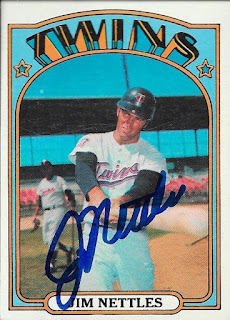 I added another Nettles to my autograph collection with this TTM success from Jim Nettles.  I had already gotten his brother Graig for my 1987 set through a private signing a few months ago. 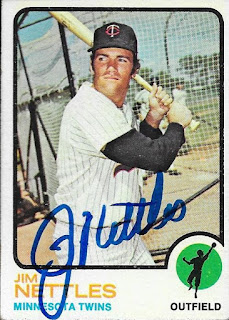 I mailed to Nettles on October 1 and got the cards back on October 25, for a 24-day TAT.
Posted by William Regenthal at 6:24 PM