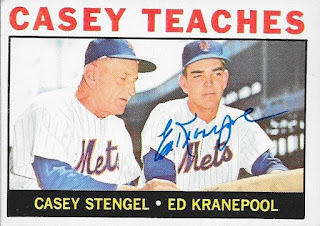 I got some really cool cards in from this TTM success from Ed Kranepool.  I definitely wanted this 1964 Topps with Casey Stengel signed, and it looks really nice. 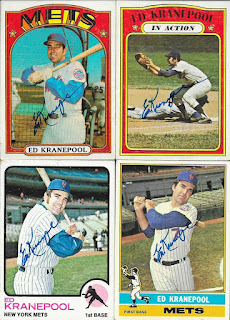