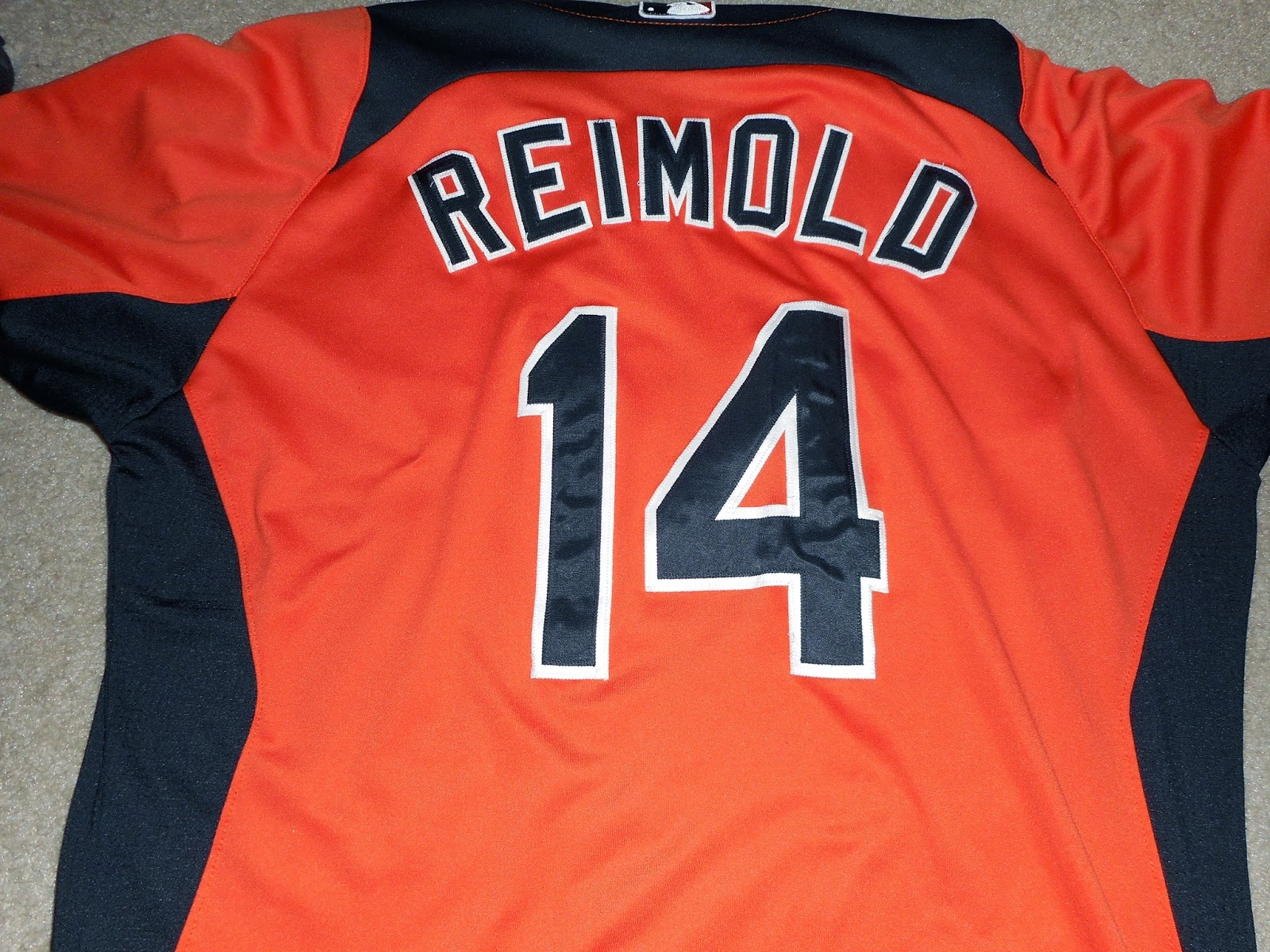 Before we even got in the door to Fan Fest on Saturday, I had already met one of my major goals for the event.  All it took was a phone call from my buddy, Michael.  He is a season ticket holder, and was able to get into the venue an hour earlier than us lowly general admission folks.  He immediately made his way to the memorabilia room and found what I was looking for, this Nolan Reimold BP jersey.

Michael called me when he found it and told me the price was $70.00.  I told him right away that I would do that deal, if he was willing, and he was.  I knew that if I balked at the price, and tried to wait, it would be long gone.

I have been wanting a Reimold jersey for a long time.  Having a "game used" one was icing on the cake.  I know it isn't officially game used, since it isn't an actual game jersey, but you get my point.  It was used by Nolan, one of my favorite Orioles players.  I even tagged his wife, Jenny, in a photo of it so she could see that I had found it.  She was very happy for me, which was nice.  I always enjoy chatting with her, but with her busy schedule, it has been tough to chat on a regular basis.  She knows I am and will always be a huge fan, and supporter of Nolan's, so it was cool to be able to share this with her.

Michael really hooked me up, and I am grateful.  This was just the start of a hugely successful trip to Fan Fest; probably my most successful one to date.  Stay tuned for more, as I begin to show off the baseballs that I got signed.
Posted by William Regenthal at 9:23 PM