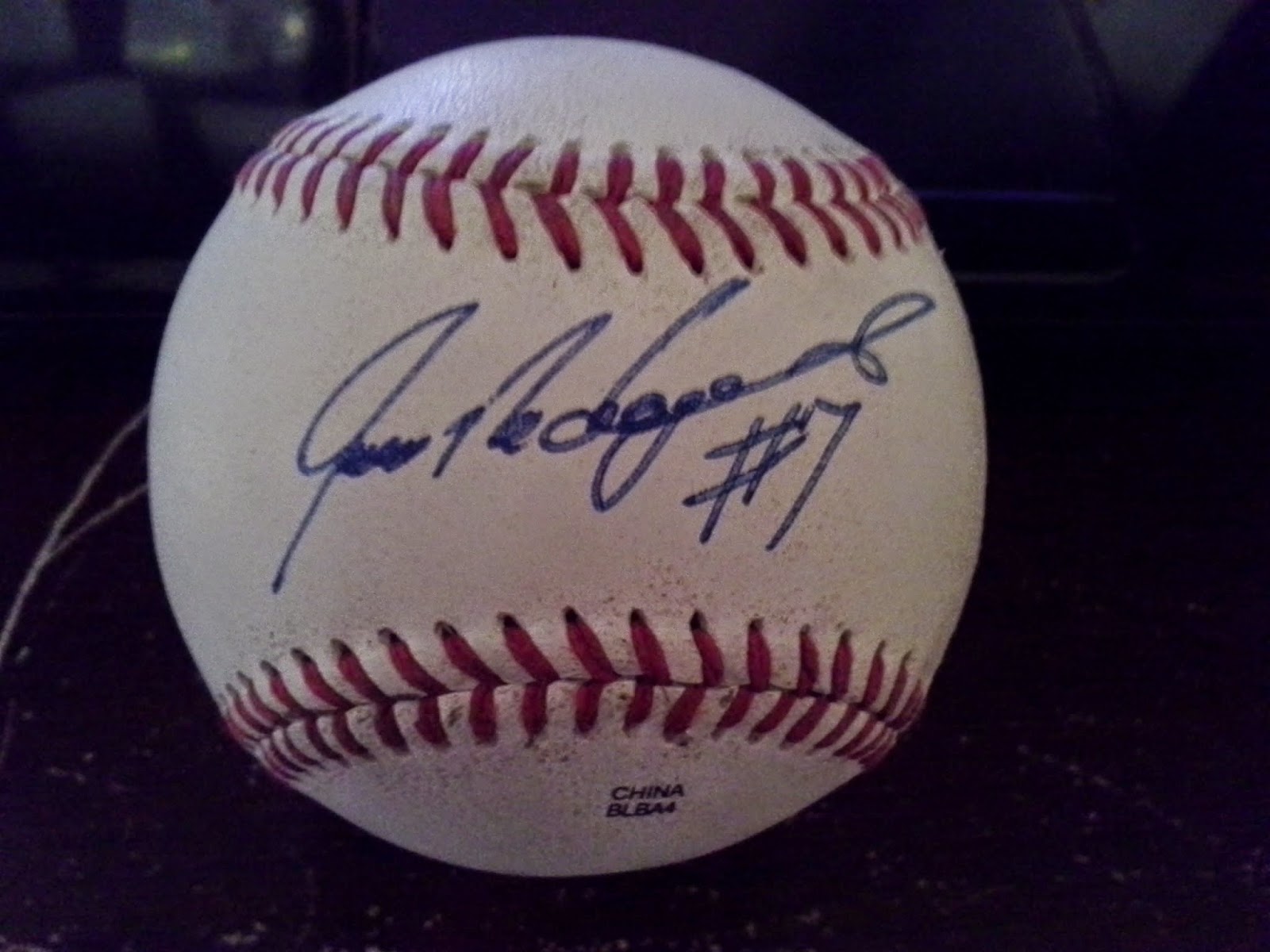 I completed a trade with my buddy, Sam, who sent me the above Ivan Rodriguez signed baseball and a Texas Rangers gnome.

I have been friends with Sam for a while on Instagram, and we have made quite a few deals.  I send him most of the Mariners cards that I come across, and he hooks me up with some IP autos and Orioles stuff.

According to Sam, he met Pudge last year at an event and got two baseballs signed.  One was an OMLB ball and the other was the ball that he sent me, a Texas League ball.  The ball actually looks like it is game used.  It might be, but I'll have to ask Sam to be sure.  He provided me with a photo of himself and Pudge, even though I didn't doubt that the auto was legit.

I'm going to hold off my normal recitation of Pudge's stats, since I believe he will get into the Hall of Fame soon. 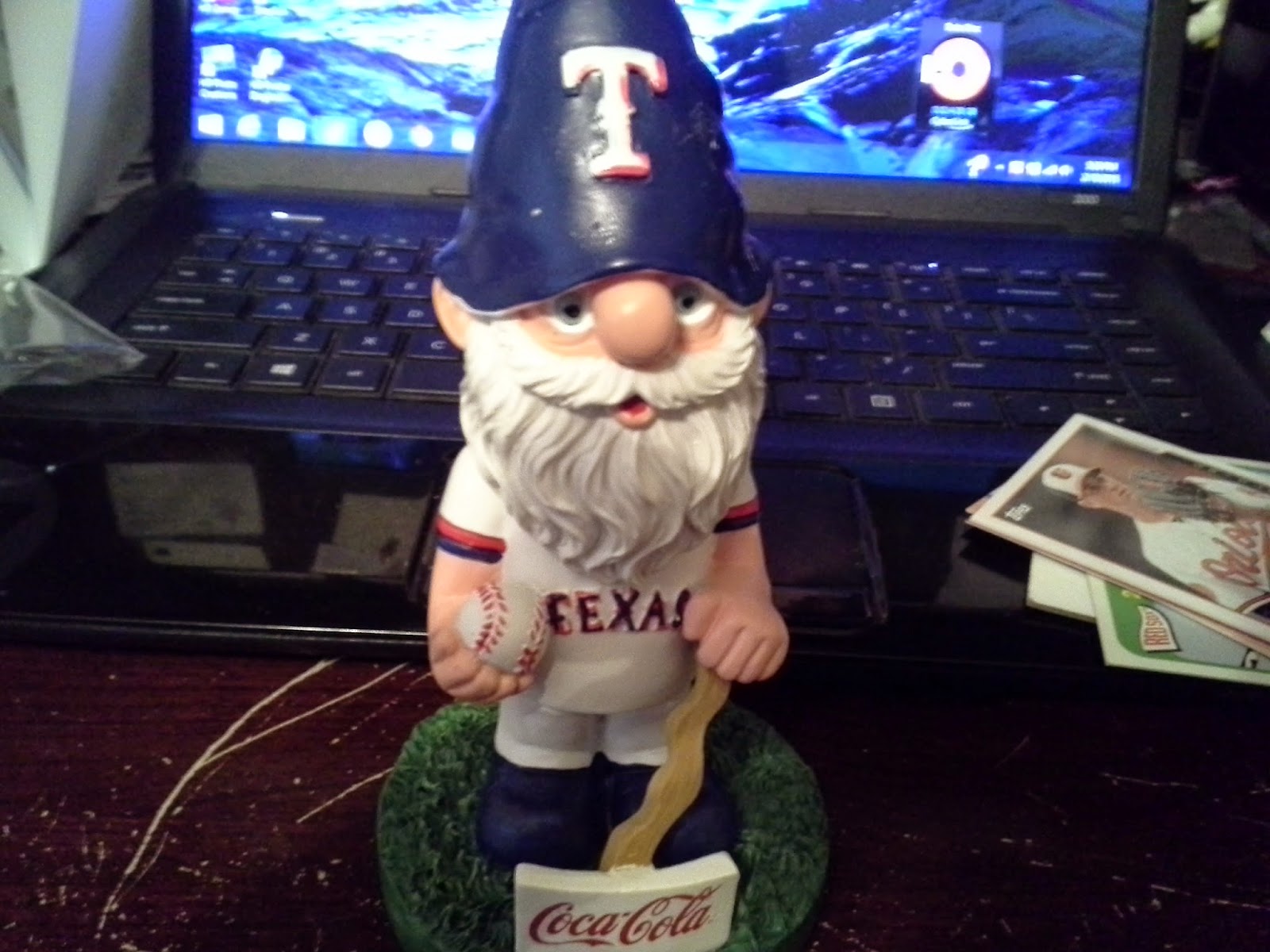 The other item (aside from a few cards) that Sam sent was this Texas Rangers gnome from a giveaway.  I'm not a Rangers fan, but I love giveaway items.  Sam included this gnome because I sent him some stuff (including a rally towel) from Orioles Fan Fest.  This will take a nice spot in one of my display cabinets along with my bobble heads.

Thanks so much for the trade, Sam!  I really appreciate it.  I hope we can get some more going, soon.
Posted by William Regenthal at 5:46 PM